This is where you'll see and manage the permissions and roles of your workspace.

What are permissions and roles?

Then, those permissions can be assigned to users. You'll then be able to control this list of permissions in your app to determine if the current user is able to perform the action they request.

Assigning permissions directly to users can be tedious and error-prone. To help with this, Fief also supports the concept of Roles. A role consists of a set of permissions. Following our previous example, we can imagine to have the roles Castle Visitor, which only have the Read Castle permission and a Castle Manager role, which have both Read Castle and Create Castle permissions.

The first item in the menu is the permissions page, showing you a list of all your permissions. 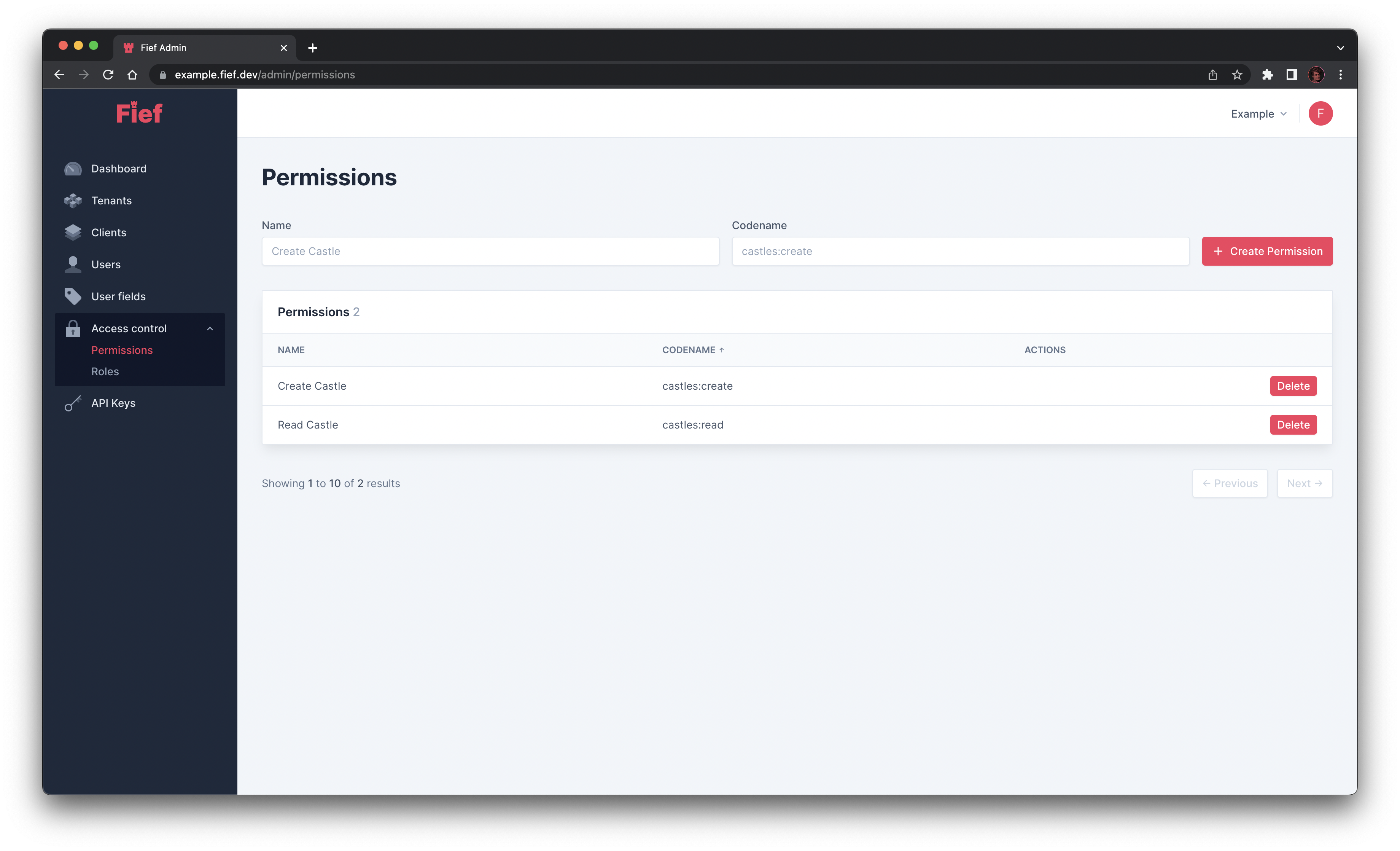 To create a new permission, fill the fields above the list: the name and the codename of your permission. The codename is what will be used to identify your permission in the access tokens. It must be unique across your workspace. 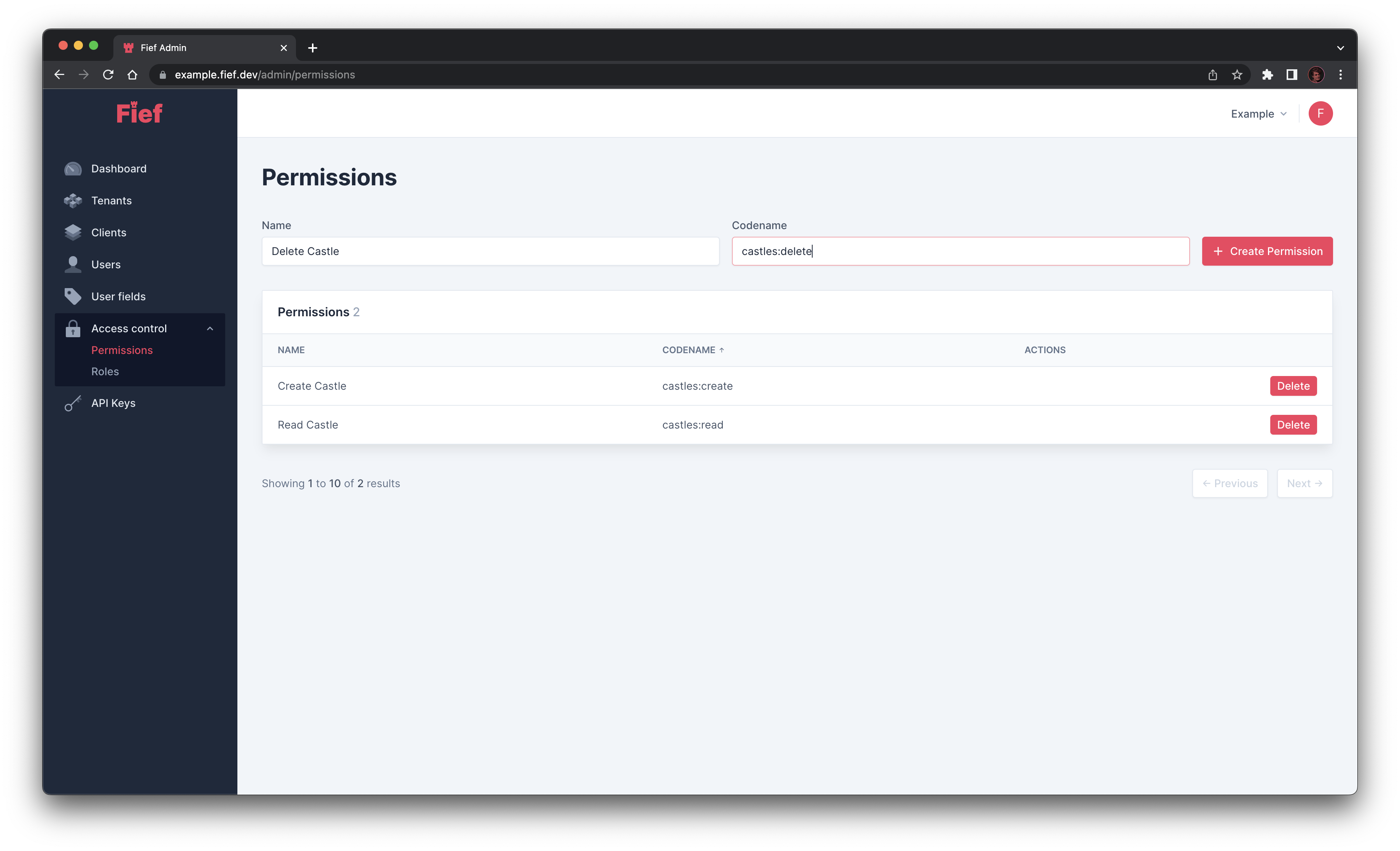 Submit the form by clicking on Create Permission. The newly created permission will appear in the list.

You are completely free to choose the name and codenames you wish for your permissions. However, we suggest you to establish a convention so it'll be easy for you and your teams to remember them.

Typically, you'll have a common set of actions (read, create, update, delete...) for each resources (Post, Product, Meeting...) in your app. A common practice is to prefix the codename with the name of the resource and append the corresponding action: post:read, post:create, post:update...

If one of your permission is not useful anymore, you can delete it by clicking on the Delete button in the list. 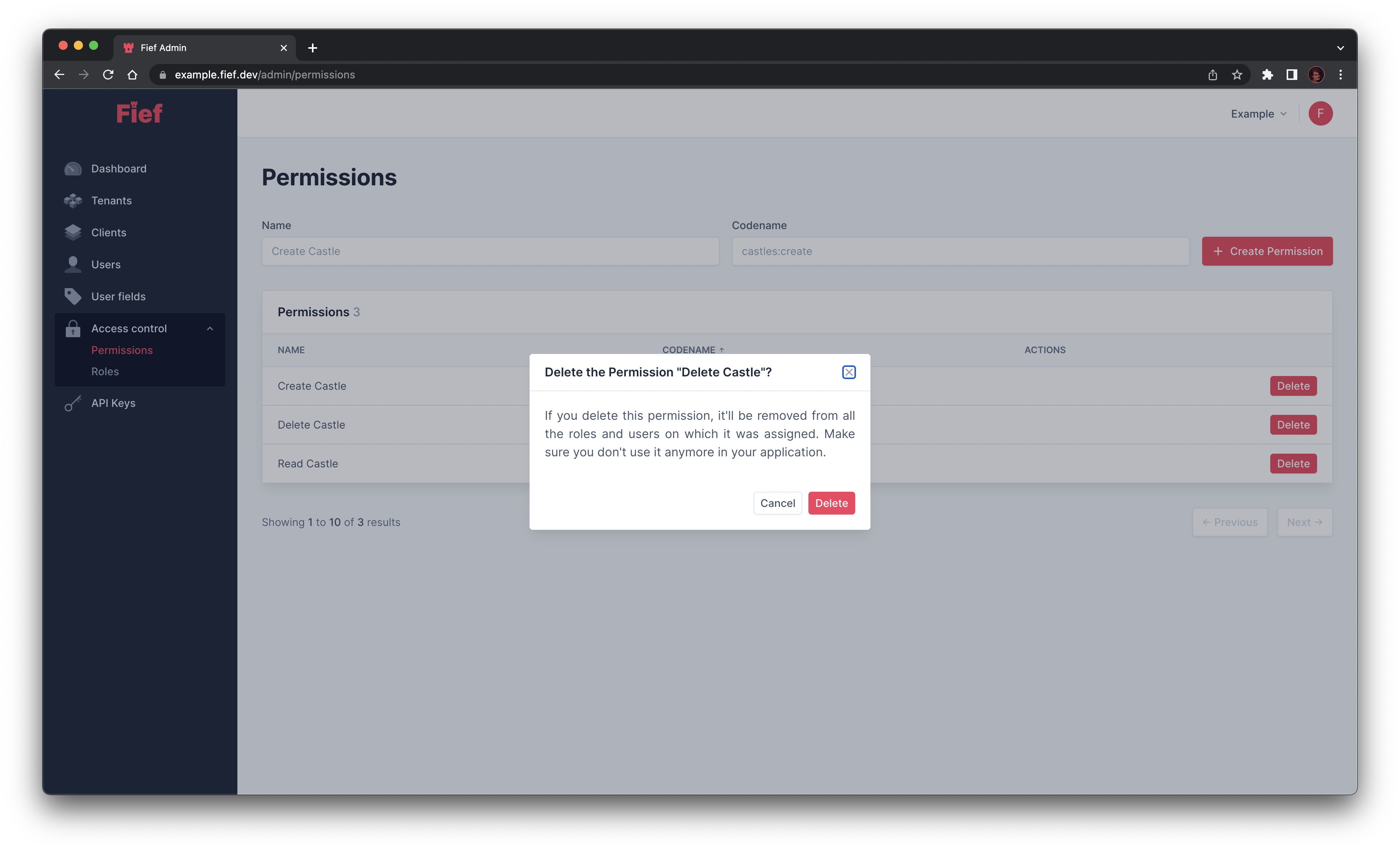 When you delete a permission, it'll be removed from all the roles associated to this permission and all the users who were granted this permission. Before deleting it, make sure you don't need it anymore in your application.

The second item in the menu is the roles page, showing you a list of all your roles. 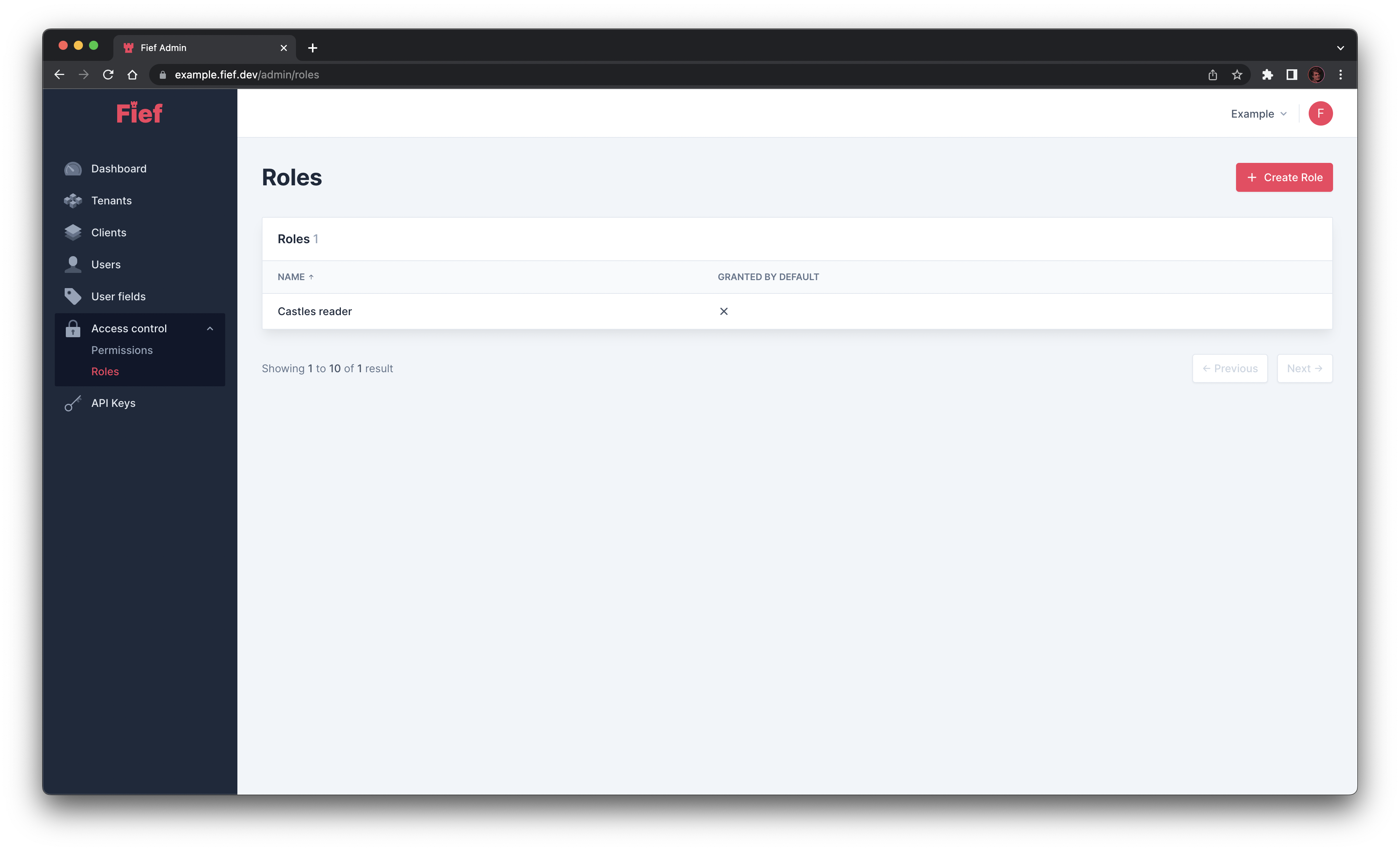 You can create a new role by clicking the Create Role button. A modal will open where you'll be able to input its name, if it's granted by default and its list of associated permissions. 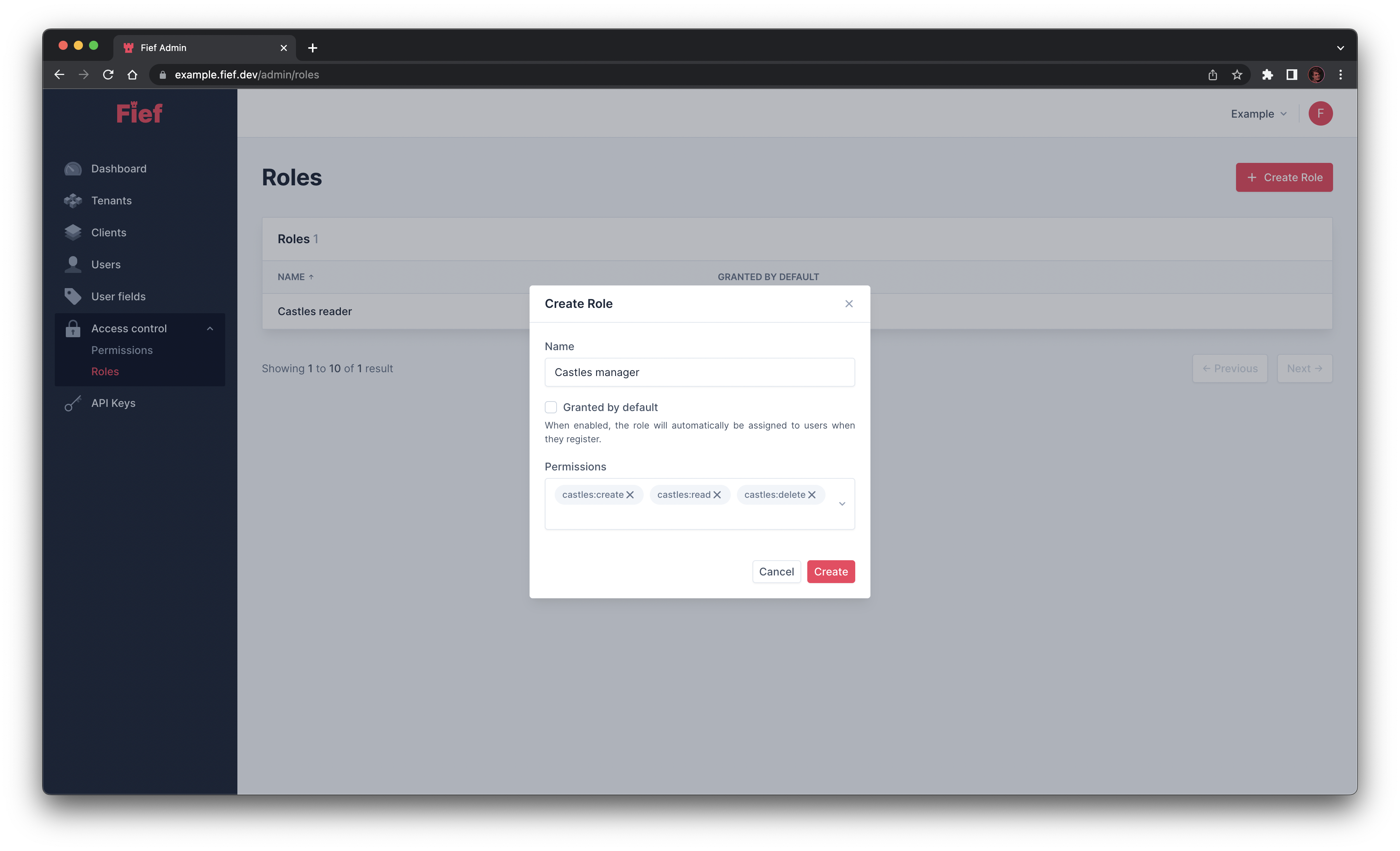 If you click on one of the role in the list, you'll see its details on the right. You'll be able to edit its name, granted by default option and associated permissions. 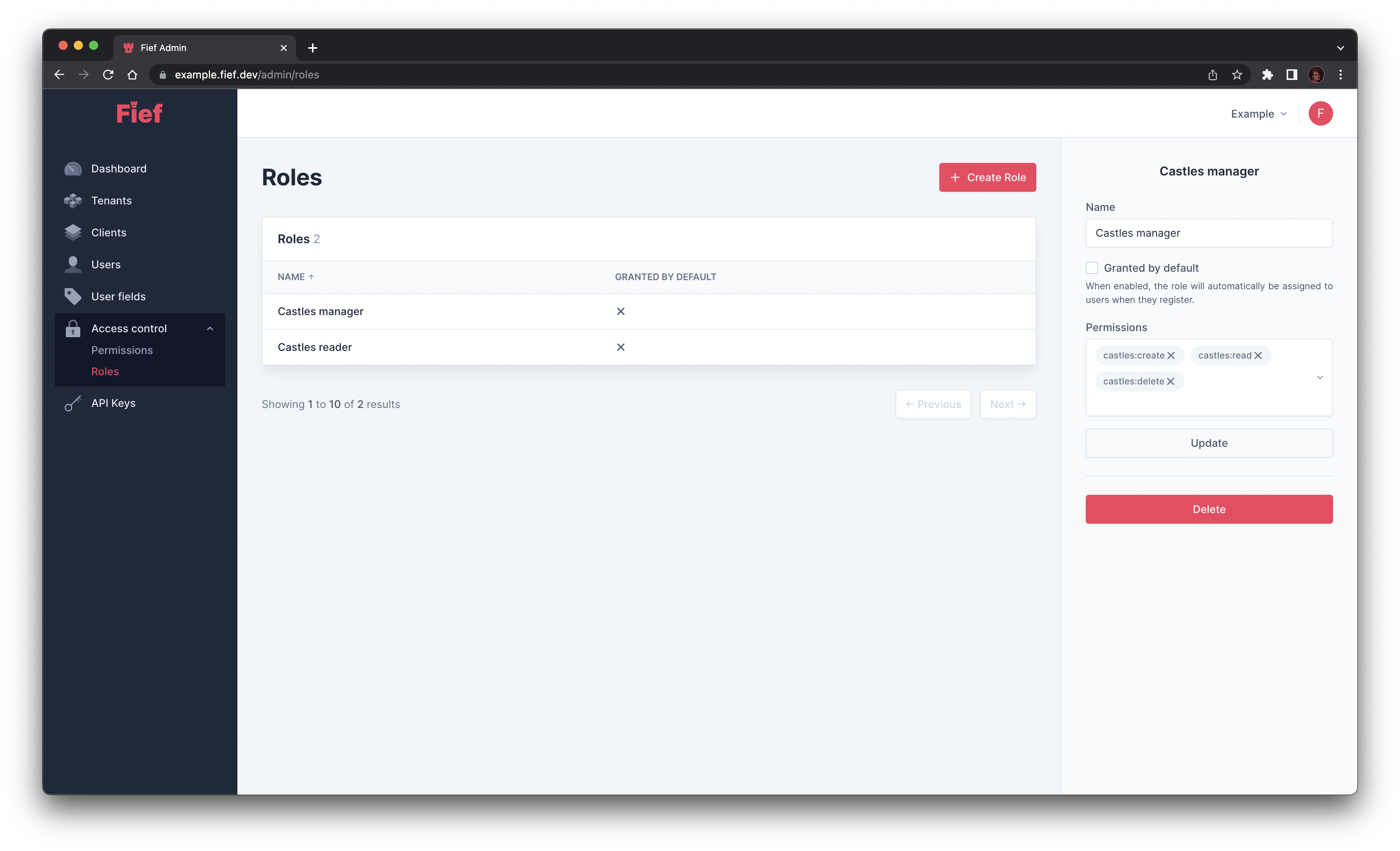 Permissions are automatically propagated to users with this role

If you add or remove a permission from a role, the permissions of the users having this role will also be updated accordingly.

If one of your role is not useful anymore, you can delete it by clicking on it on the list and click on the Delete button on the right. 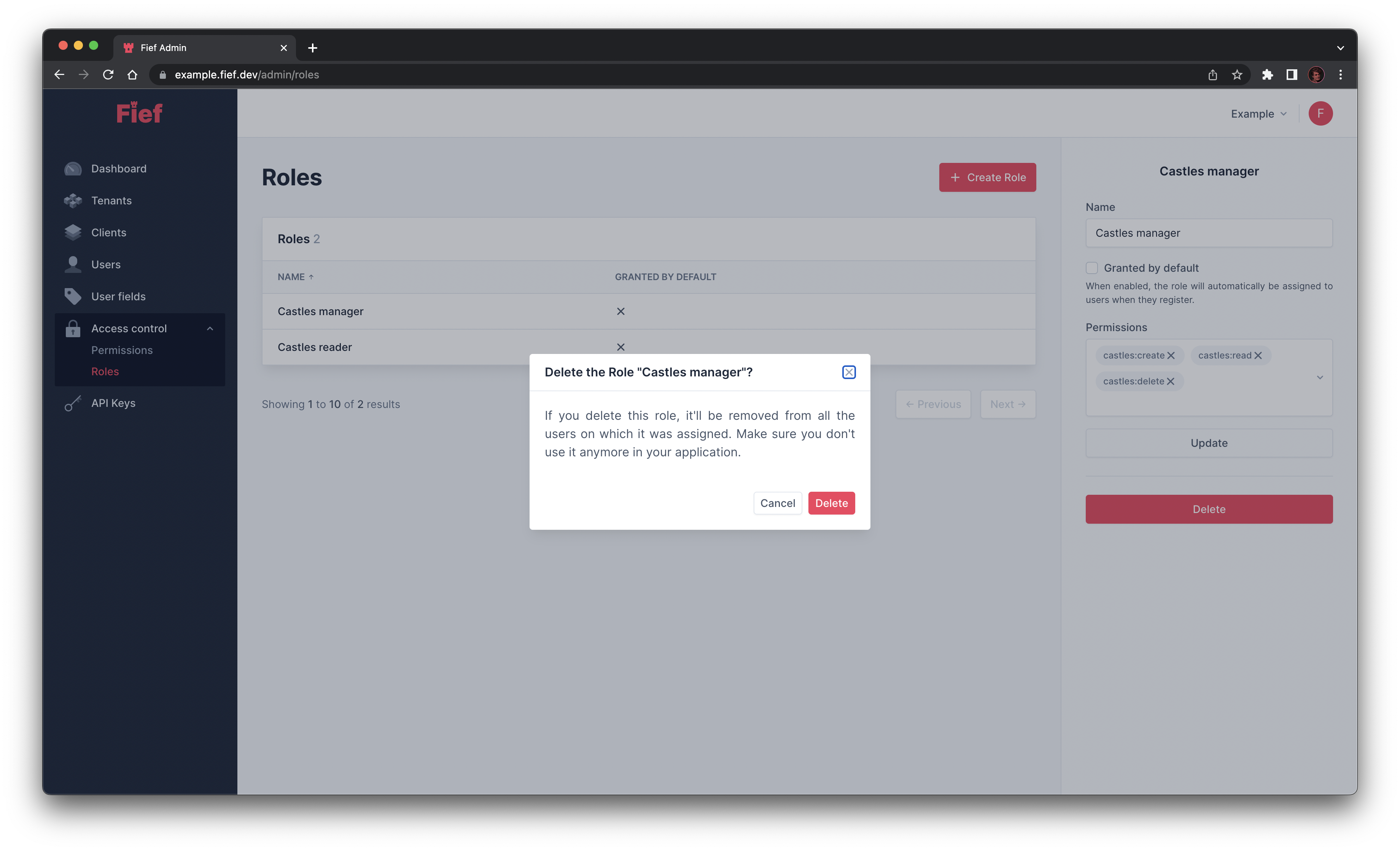 The role will be removed from all the associated users

When you delete a role, it'll be removed from all the users who were granted this role. Before deleting it, make sure you don't need it anymore in your application.

When you mark a role as Granted by default, it'll be automatically assigned to new users upon their registration. It's especially useful if you need your users to be able to perform basic actions directly on signup.